So, yesterday (Thursday) Tom's mom brought Murphy up on the train. He got a kick out of that. Then Tom's mom sat with Harlie while the three of us went to the National Zoo and then to a Washington Nationals baseball game. It was a very long day with lots of walking. But, we're hoping that if Murphy gets to do something fun whenever Harlie is in the hospital up here, it won't be so scary for him.

Here are some photos from the day.

The team rounding on her (tried to take a photo without them knowing so I didn't look too dorky) they were studying her EKGs. 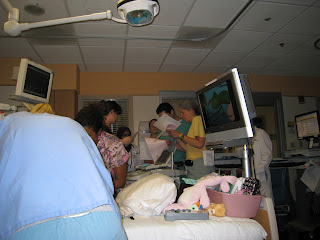 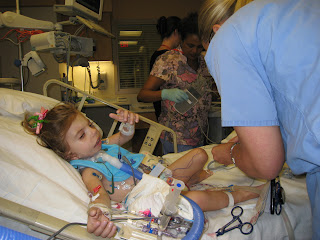 This is the suction for the chest tubes (just in case you were curious). 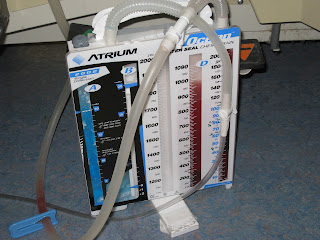 Murphy's visit didn't have the effect on her I had hoped. 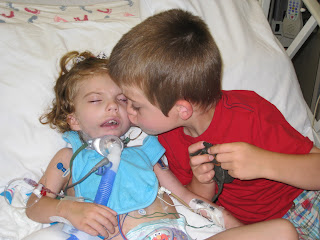 Murphy studying the map of the National Zoo. He kept on telling us which animal he wanted to see next (which of course wasn't "next" in the park). We tried to explain to him that you have to go through the park and see the animals as you go - that you can't just go jumping around from animal to animal! But, no matter how we explained, he didn't want any parts of it. I, unfortunately, just didn't have the patience - or the energy! 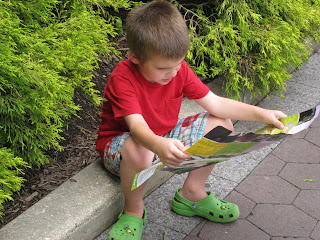 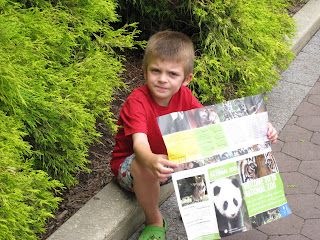 There was this place in the Bird House where you could go in the room and the birds just flew (or walked) around freely. Well, I suppose, not "freely" in that they were still in a room - but you know what I mean. 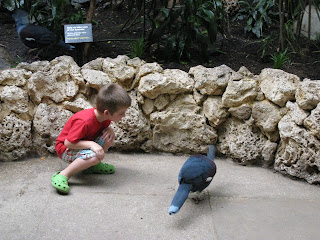 Murphy got a kick out of it and thought they were funny. 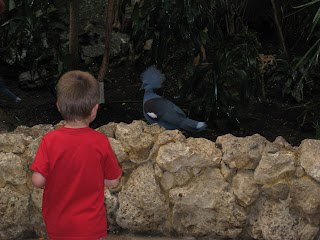 Until something pooped on him. Poor kid. He was upset and all we could do was laugh. 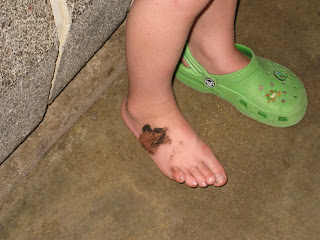 This is us at the Washington Nationals baseball game. It is a very nice stadium (or park, whatever you call it). 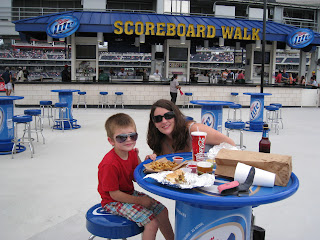 This is Murphy after eating a thing of cotton candy in under 3 minutes (I had to help him a little bit so he wouldn't get a tummy ache). 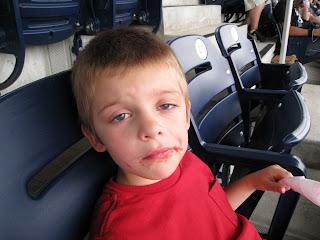 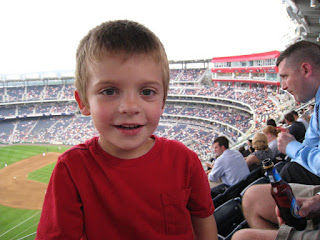 What a great day. So glad you could relax. You deserved it.

it looks like a much deserved break! I'm glad you had a good time. good thing you were there to "help" Murphy with the cotton candy. . I know you aren't much of a sweets fan. . .

Sorry he got bird poop on him, but the rest of the day sounds like a HUGE success!!!