Being brutally honest here, I am struggling right now.  This is my reality, and might not sound pretty. Here's just a small sample of what I have on my mind...

Political ads.  They have invaded my home more than any previous election year.  I've seen them play four ads in a row, going back and forth between candidates, making it feel as if they are arguing in my living room.  I have three kids between 14 and 10 years old. I don't need any more arguing in my house, thank you.

I am maxed out.  Some days, just getting through the day is a major accomplishment.  My priorities are as follows (in no particular order): 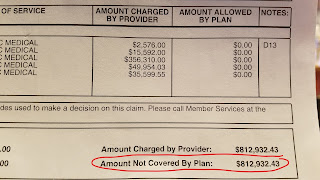 Life has been a bit more challenging with the boys lately. I believe they are smart kiddos, but they don't seem to care to show it a lot of the time. They are not exactly highly motivated in their academics. I think this is especially difficult as parents when we appear to live in a bubble full of over achievers.  I mean, if you have a kid or kids with straight A's, who excel at every sport and extra curricular activity, congratulations!

The other night, as we struggled with math with our 10-year old, I thought, why can't there be a balance here?  If we get Harlie, we should have freaking geniuses as our other kids.  Okay, fine, maybe that's over the top. At least give us self motivators!  Geez.

And if I'm being REALLY honest, it isn't just math with Cooper. It is every.freaking.thing that he doesn't want to do that is a challenge.  So every time I turn around, I am in some sort of stupid battle.  I mean, showering?  When in the hell is this going to be a given??!?!  Eating?!?!?

And back to "fun stuff" for a minute, Harlie's crazy schedule affects the boys, too.  It means I am WAY less available to get them to their fun stuff.  So, they have been limited to one activity, each. It was swimming, but that became too difficult. So, now it is cross country through the Y for Cooper (fall and spring only) and running for Murphy, through his school. That's it.  They seem happy with that, so that's good.

Yes, Mabel is making this list of things that are pushing me closer to the edge. I love her, don't get me wrong.  But she seems to have developed a sensitive stomach, or an allergy to her food.  Now that I think about it, I don't know why this should surprise me. Tom and I love food - all kinds of food. Of course we have three children who don't like to eat. And now one dog that has feeding issues, which so far, has required prescription food. UGH!  And she's super itchy. So, I'm going to have to take her back to the vet. Again.

So, back to politics, the thing that inspired this vent session. I don't have anything left to give to politics. I'm sorry.  Really, I am. My brain just can't learn what I feel like I would need to learn to make an informed decision on any kind of election.  My brain is full. I am an uneducated voter. So, why should I vote?  What kind of vote is it if you don't even know why you're voting for that person?  Seems wrong to me. So, I don't know what I'm going to do. I promise I will make sure to avoid Facebook on election day since everyone and their brother will be trying to tell me what to do.  Get out and vote!

I don't care.  No, that's not true at all.  I can't care.  I just can't.  Which really sucks because what they do with health care (pre-existing conditions) and Medicaid is a big deal to us.  But, no one seems to know what the heck is going on with that. And just because you vote for one person who says they want what would be good for us, doesn't mean that good stuff will happen.

And I have so little control over my life.  My daily existence is dictated by what Harlie needs, and what everyone else needs.  My needs are last (which is normal for moms, I suppose).  But, I am kind of tired of being told what to do all.the.time.  Especially by people who don't have any idea of what my life is like.

So, go do what you want/can on election day.  Be happy you have the energy and ability to care. Just remember that not everyone is as lucky.  I'm going to focus on getting through the day as best I can and am going to try to forgive myself for forgetting about Cooper's parent teacher conference yesterday.  Such is life when you're pulled in too many directions all the time.

Thanks for the love,
Christy xo

Two weeks down, six to go.

Hi, I'm sorry it has been so long since my last post.  I have so much I want to say.  I've started to write this post several time... 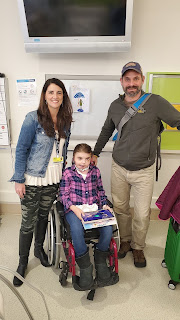