It probably would have been better if I posted these yesterday. You know, on his actual birthday? But, there's only so many things I can do in one day. So, better late than never I say!

Murphy arrived 5 weeks early. Unexpected. My water broke and I tried to ignore it. We had just started a complete renovation of our ONE and ONLY bathroom - THAT very morning (meaning no toilet). He was born on a Tuesday and we brought him home on a Saturday. I remember it so well. Poor Tom had recently started a new job, had no vacation, had to get a working bathroom installed before I came home AND he had to spend some time with me in the hospital. And we thought THAT was stressful! haha Rookies, we were! 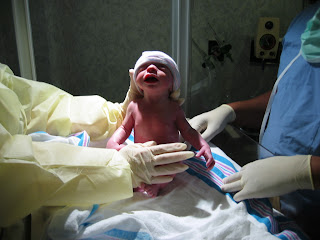 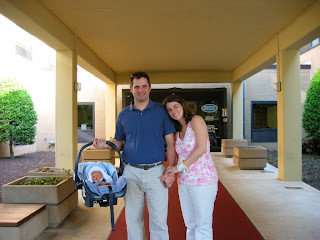 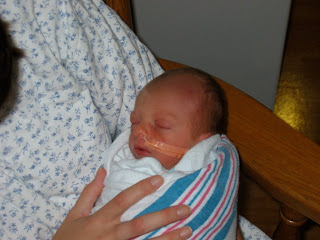 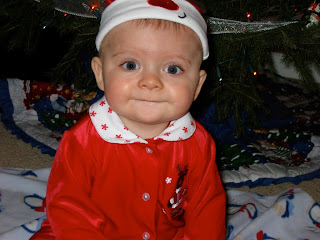 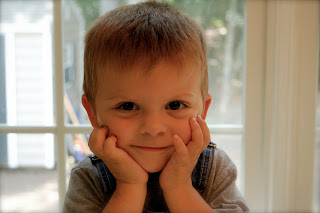 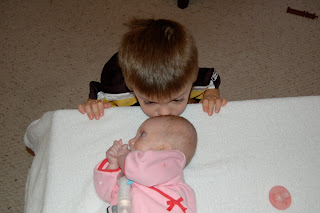 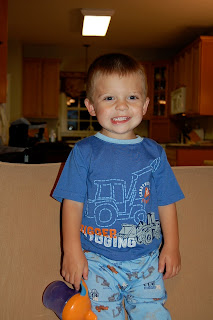 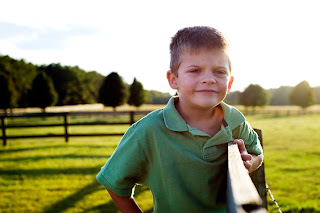 This one was taken on Saturday, at his party. Where'd that cute little crooked smile go? 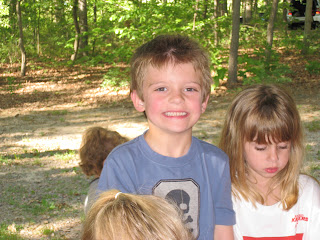 I hope I haven't already told you this... but a few months ago I was zipping up his coat and talking to Brandy at the same time. Brandy was telling me a story and I said "that's hysterical" to her.

Murphy: Mommy, what's hysterical mean?
Me: It means something is really, really funny.
Murphy: Oh. Like that time I wrecked on my bike and you and daddy laughed really hard? Was that hysterical?
Me: Yes. Yes, Murphy. That was hysterical.

Mind you, the wreck was like 8 months prior to this conversation. He forgets what he's doing on his way to his room and remembers us laughing at him 8 months ago. Great.

It looks like I'll have a date for Harlie's 4th heart surgery soon. Her cath is scheduled for June 10th and it looks like her surgery will be sometime in mid-July. Just TWO months away! While most people are planning family vacations, we're planning heart surgery.

She's so worth it.

What an adorable little man. Great pictures. In the 5th picture I think he looks like Cooper.

Praying for the best for Harlie's surgery.

Happy Belated Birthday, Murph!! I *loved* seeing all the shots and hearing about his birth story. I especially enjoyed the shot of the young newbie parents outside the hospital. Too cute!! xo

Happy Birthday Murphy! I guess that's a reminder that they really are watching us at all times. Sigh.

Funny we're on the same schedule. On 6/2 we have an consult with a surgeon to talk about whether to do Ainsley's eye surgery this summer. Although heart surgery is a way bigger deal. But none-the-less I can relate. And agree, they ARE worth it. I hope you're able to squeeze in a little fun this summer too.