On Thursday, October 23rd, Harlie had dental surgery at VCU/MCV.  The night before, she told me she was scared.  But, I know she was ready to have that tooth out.  I really think she understood that pulling it was going to help her feel better.

And, just to recap since it's been a while since I talked about this, she had a tooth that came in on the bottom.  But, since she has no room for her teeth to move, it popped out the front of her gums.  Since it was protruding forward, it rubbed a hole in her lip and then nestled itself right on in there.  Ouch!

We had to check in at 8am. She's always in a good mood. 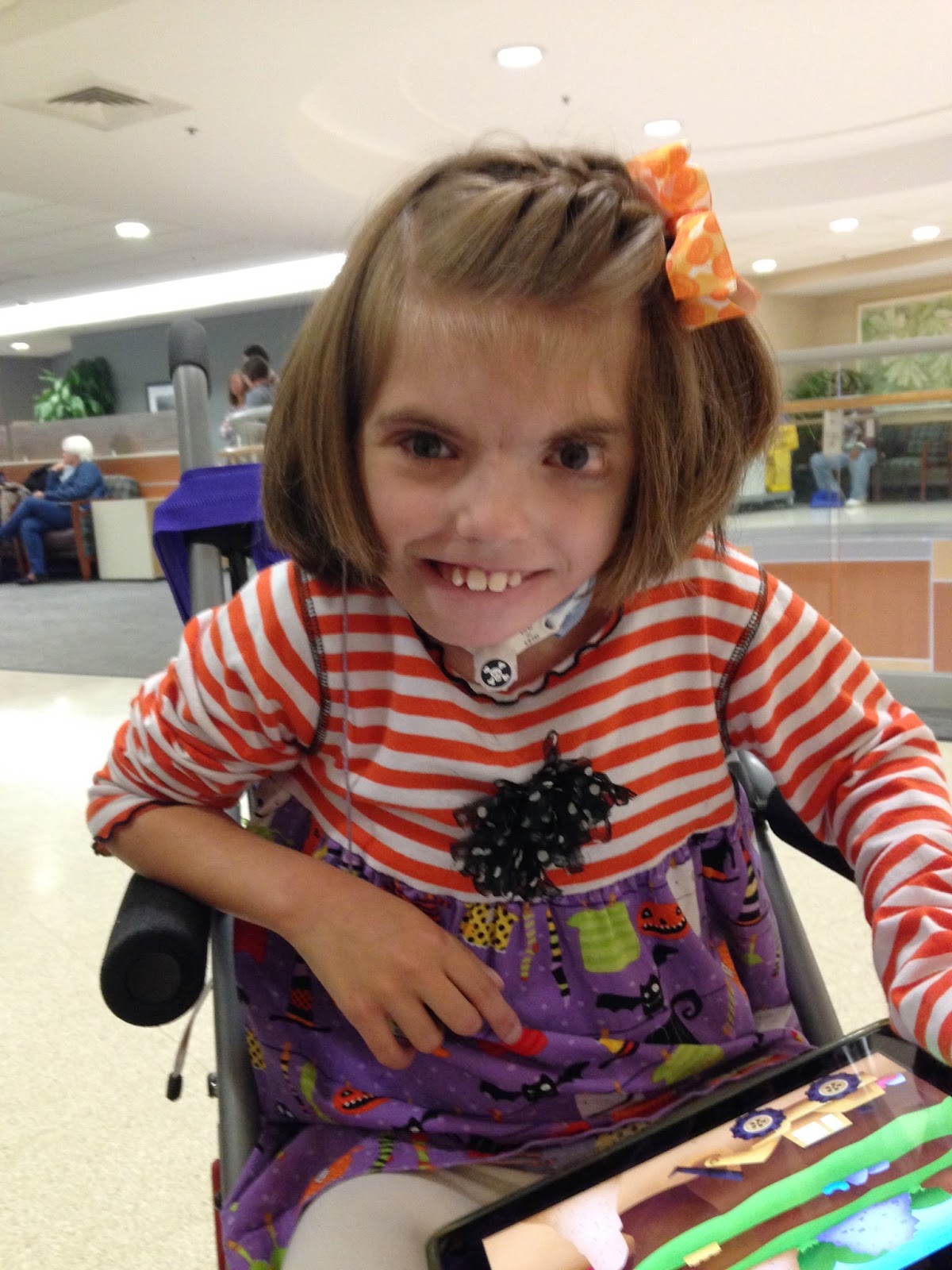 My friend Lynda came to hang out and bought me breakfast.

I'm always surprised when doctors/nurses come in and tell me they remember her.  The anesthesiologist said she recognized her history as she was reading it. Even after all these years, it's still hard to believe that she's so different (or rare), medically speaking, of course.  And they always comment that what they read before walking into the room doesn't match what they see when they meet her in person.  I guess I take all of our successes for granted sometimes.

I remember when they would give her Versed to make it easier on her to be taken to the OR by them.  She didn't need it this time.  She just said bye, and they rolled her on down the hall. 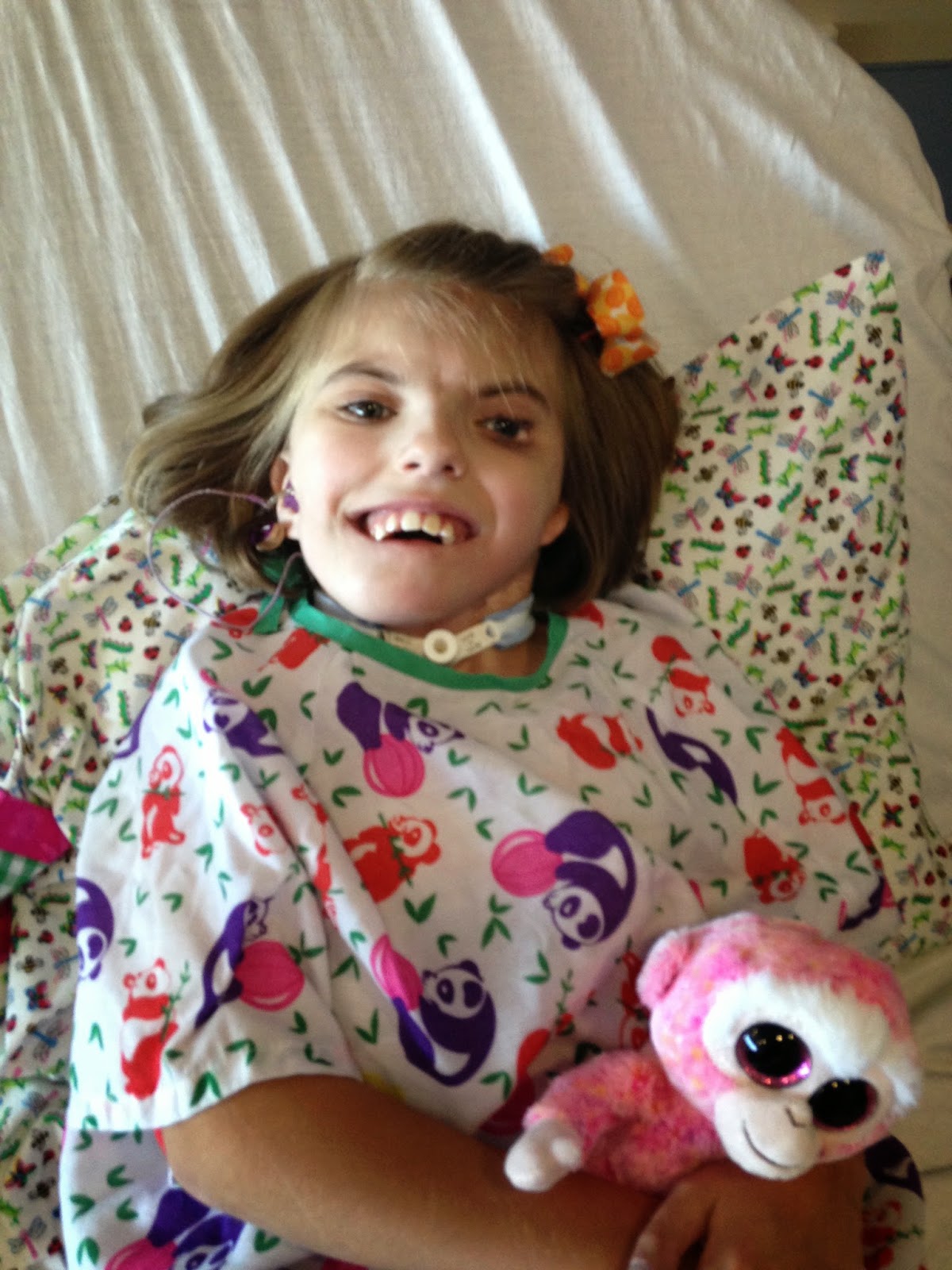 After they put her under, they took some good x-rays. They examined all her teeth to see if there was anything they had to do while she was under. The doctor took a picture of her mouth with his cell phone and brought it out to show me. The other side of her mouth was about to do the same thing. The tooth on the opposite side was coming in and was already causing irritation. So, they took that tooth out, too.

The dentists were great.  The department chair and a resident did the work.  And they were awesome.  I can't speak well enough about all the staff at VCU dentistry.  If only they

When she came out, she wasn't as chipper. She wanted water and she was pretty irritable. Anesthesia said she did great and there were no issues.  They wanted us to wait a few hours and then we could go home. Overall, it was a pretty easy day. 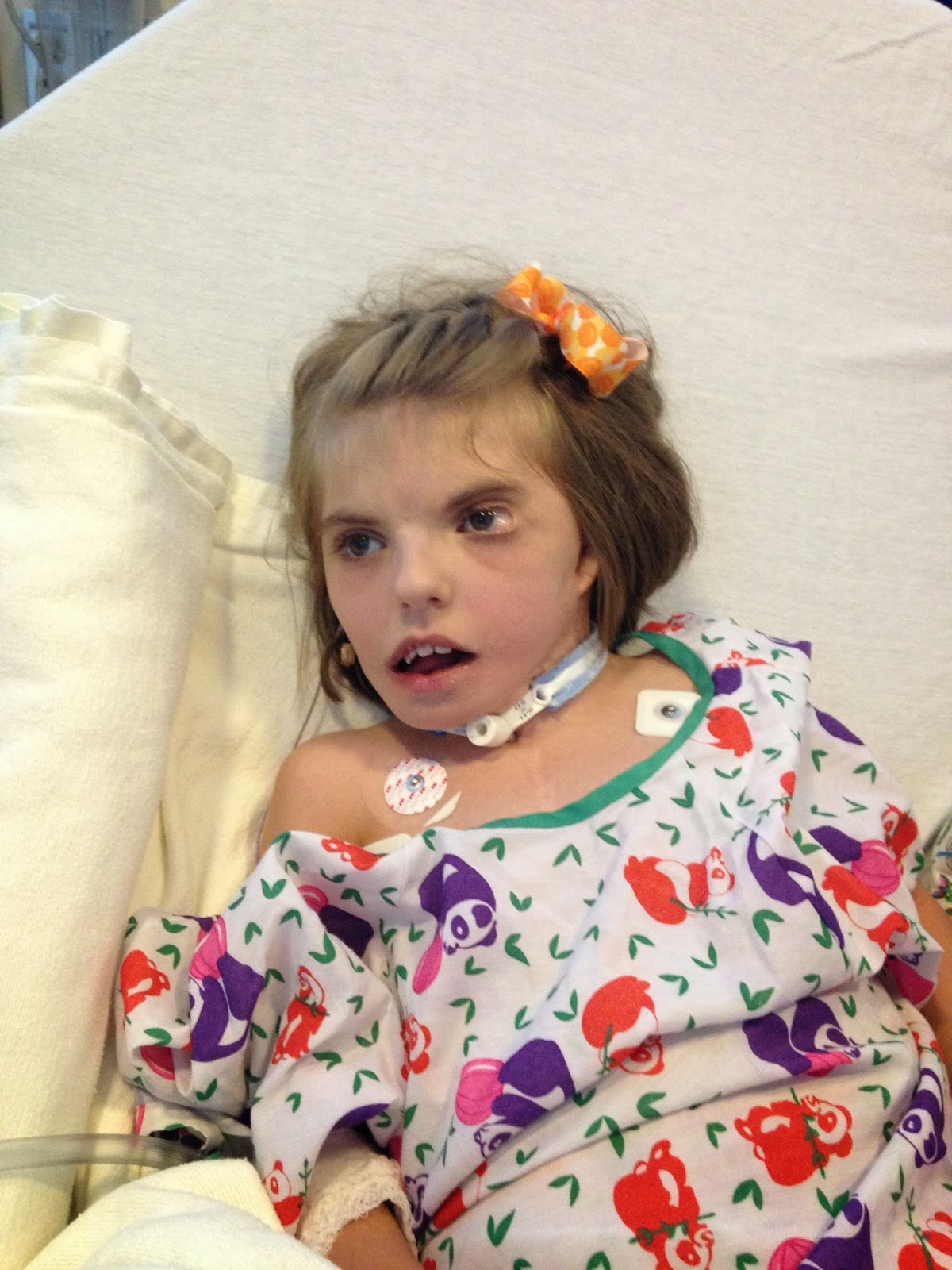 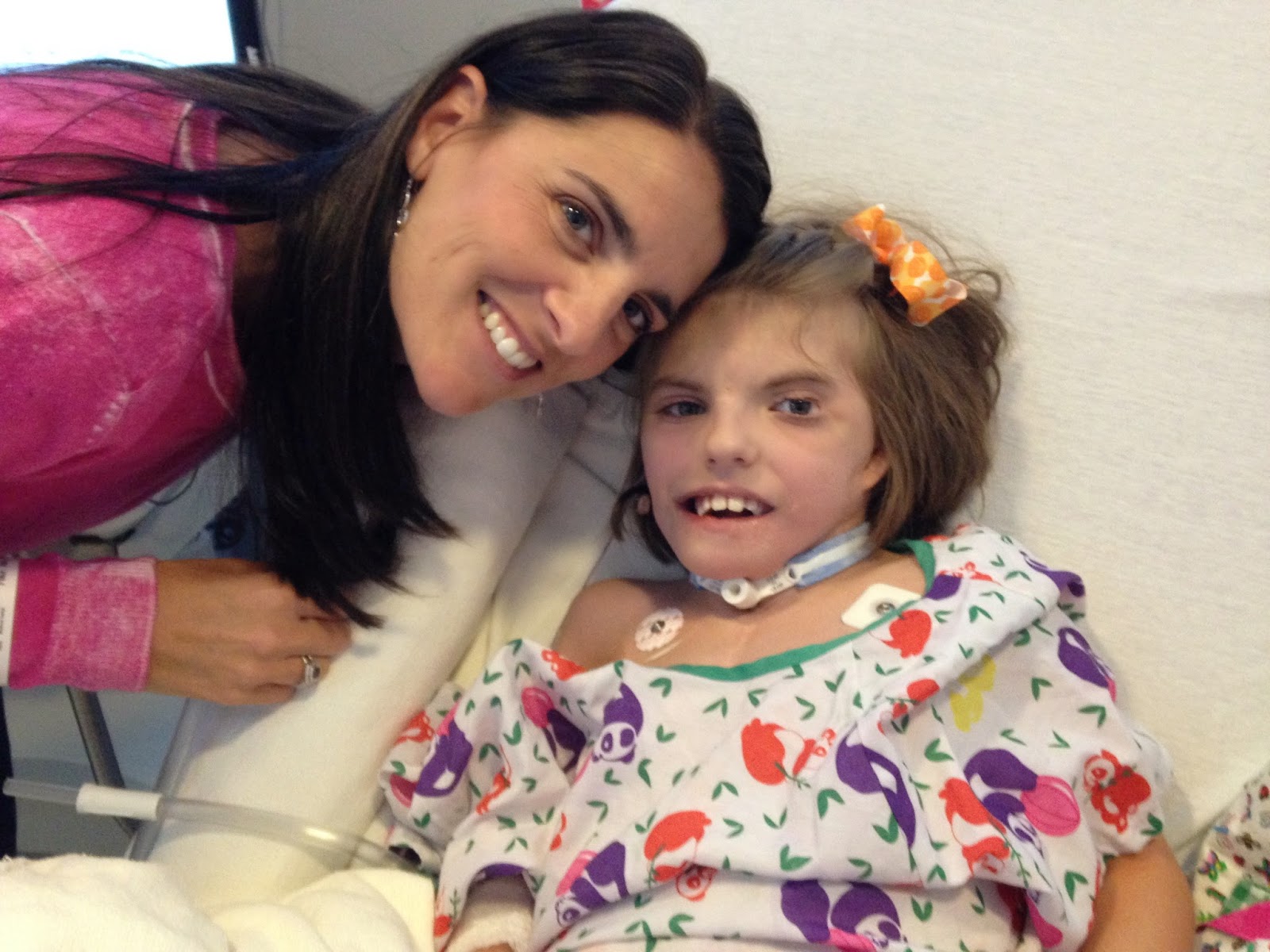 They said that extracting teeth isn't that painful. But, Harlie seemed to be pretty uncomfortable for a couple of days. She verbalized that it "hurt."

Here are her teeth.  Aren't they pretty? 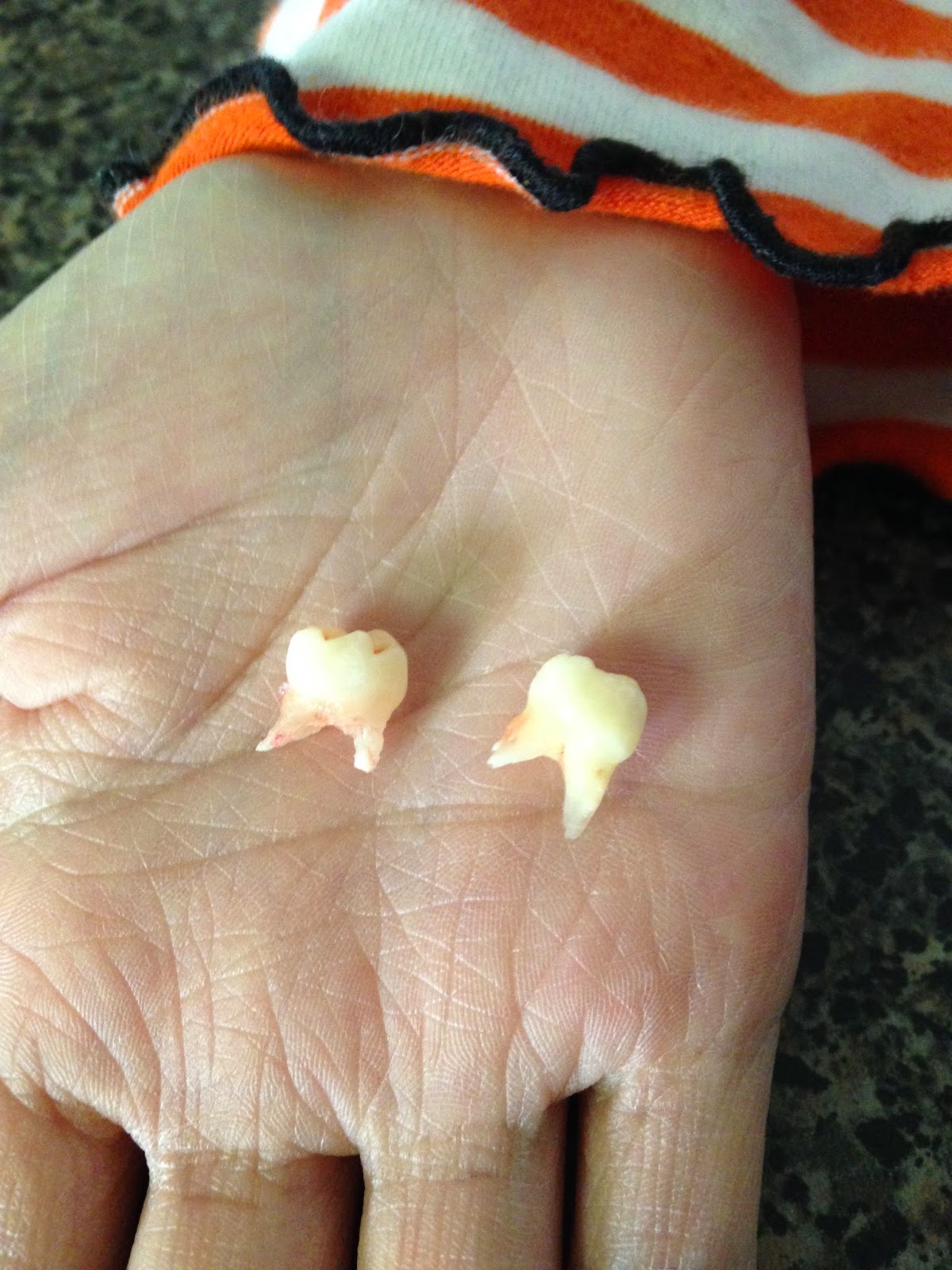 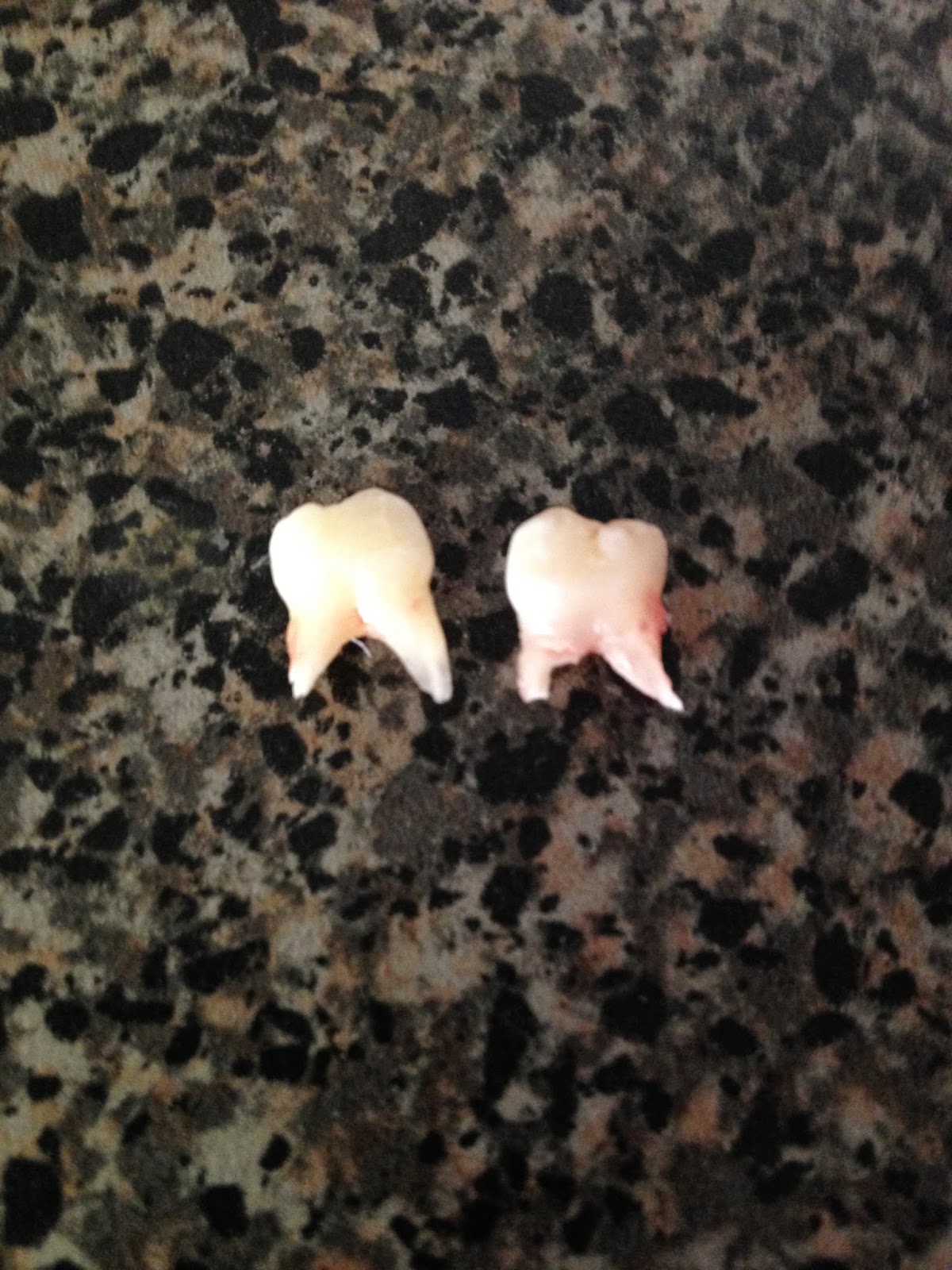 Thank you so much for all your support!  We loved seeing all the photos of you on Facebook in your We Heart Harlie shirts!

I wrote this post a while ago, and forgot that I never finished it.  Oops. I probably caught some bug while I was in the hospital that day because I got sick a few days later and have been out of commission since.  I'll try to get caught up later today.

Glad things went well and they got the other tooth. I hope this means her mouth will be in good shape for awhile.

I think Ainsley caught a bug at the hospital too. I swear viruses mutate into superbugs there. Feel better!

I was going to ask the same thing as susan! Those are such perfect little teeth!