First, I want to say thank you to those who still check this blog for updates.  I really feel like I've been letting you down lately.  It's just been such a rough couple of months.  Time seems to evaporate so quickly.  And the kids have barely been to school since winter break in December.  It's pretty much impossible for me to accomplish anything with them around.

Anyway, I'll start with something kinda quick, to get me back into things...

It snowed in Richmond.  Again.  And again, we had more snow days - with no school.  This time was the first time that most people didn't work.  So, it was really fun to have Tom around.  And our lovely friend Dale came over to hang out.  She got us motivated to go sledding.  Thank you so much Dale!

And thank you to everyone who gave us winter hand-me-downs!  We could never have pulled this off without you!  I think everything the kids are wearing were given to us!

Harlie was happy to be out.  I was SHOCKED that she wanted to go sledding.  We took her off the oxygen to go down.  The walk up required a shot of it when we got to the top.  So, Tom carried her up the rest of the time.  We ran into a bunch of neighbors at "the Rivers Edge hill."  We had a blast! 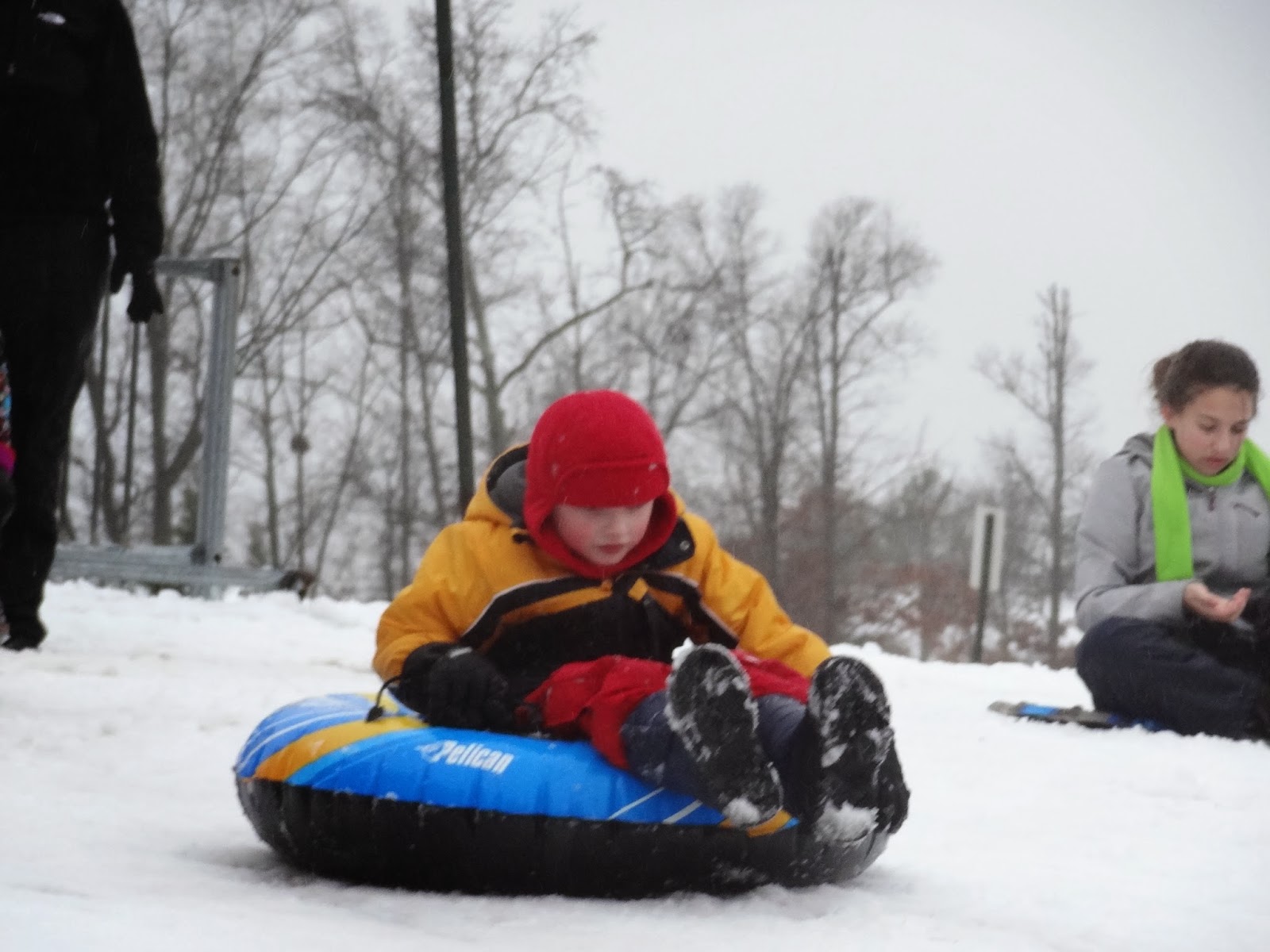 We had so much fun!

Harlie even went down solo once!  After a little while, she was done.  So, she sat in the truck with Tom's phone (and her oxygen) and took off most of her clothes.  Kids are so funny.

We really had so much fun.  And I am so thrilled that Harlie was a part of it.  I try not to think about the future too much - but I do really hope that one day, she can come off that oxygen.

Tom just took the boys to Wintergreen to go tubing.  Maybe we'll have to see if we can pull off taking Harlie.  I think it's pretty clear that she would love it.  I just don't know how to work the logistics of the oxygen.  I'll have to work on that...

Today has been another lazy, snow day with the kids home.  But, Cooper made my day.  Harlie told me (signed and tried to verbalize) that Rooney was dirty and needed a bath.  When I went to look at him, it appears that he's been colored on with a marker.

Me:  Cooper, did you draw on the dog?
Cooper:  Not today!

I have been laughing about that all day.  And he said it with pride, too.  Too funny!

So fun! You may be sick of snow days but it looks like you're making awesome memories. I think you're going to laugh about this some day, the year the kids barely went to school all winter. XOXO.

Thanks for the update. I was getting worried you were so quiet. Great pictures of the fun in the snow. Well, you know, the 5 minutes of fun because snow really isn't that much fun. :) Love you!

So good to see all of you having fun. So glad Harlie could enjoy the snow.

Love that you got to enjoy your snow day together. And don't feel guilty about not posting, you were doing what needed to be done and that is always more important!